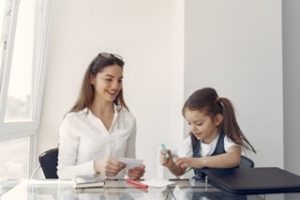 The moral values refer to human behavior whereby ethics concern becomes a practice of life. Ethics narrates the ideological, coherent, and reality-based reflections of human performance in routines. Moral values relate to principles and approaches. They are strongly attributed to the community and culture. In view of describing morals, there are three concerns.

The first one is practicing fair conduct which every citizen practices for every other citizen. The second concern attaches ideas to morality referring good thinking for others. The third thing is the code of behavior sticks on the general opinions of humanity. All three concerns cover all the trains of ethics.

Generally, science is considered at differences with moral values. This is a misconception that widens the gap between science and character building. Social norms require the training of the children on sound bases. These basics embed morality, ethics, and character in science education. Science presents rational arguments on character building courses for children. Thus moral values are taken into the curriculum of science education for the students. They can learn moral values at a rapid pace with science and technology. Science of ethics has a lot of similarities with natural science education in the field of child training and guidance.

. Domains of moral values in the minds of children develop various skills and arts which are necessary for success in the sciences. The proposed techniques and issues may help to improve children’s moral and ethical understanding and reasoning.

Moral values are necessary for character building among the children. Following are some salient techniques for fostering the moral values in children through science education:

The science builds up understanding which in turn helps in learning morality.

Science education is truly a field of character building. There come many obstacles in relating the moral values with scientific laws. These obstacles can be removed through proper planning and motivation. Firstly, moral values must be made a part of the curriculum of science education. Secondly, children should be taught with the reasoning behind a moral value. Thirdly scientific discoveries should not be exercised against ethics. Lastly, students can earn respect by practicing moral values in their science education Society and teachers must play a vital role in this regard. Students can thus handle different moral and ethical issues in society with responsibility. This way there can be built a good character among the children.

Dear customers, Kindly note that all our offices nationwide are closed for the year to re-open on Monday 9th January 2023— no orders shall be fulfilled. Dismiss

Dear customers, Kindly note that all our offices nationwide are closed for the year to re-open on Monday 9th January 2023— no orders shall be fulfilled.